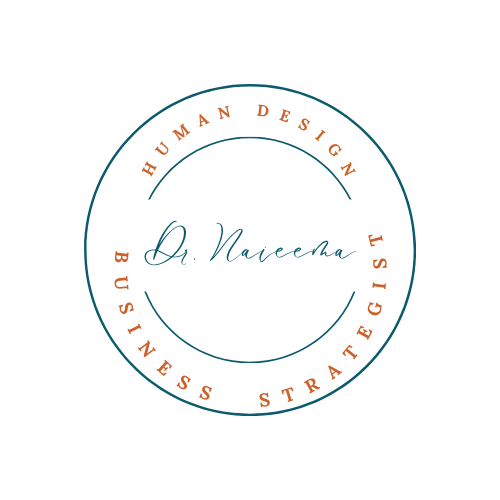 Can Help You Scale

Did you know that knowing your human design type makes a big difference on how you show up in your business?

In a hustle dominated world, it’s so easy to think that something is wrong with you if you don’t have the energy to…

…be consistent, always show up, etc.

Knowing your design will help you SHOW up confidently and SCALE your business without the hustle and bustle!

Let me share with you the 5 different human design energy types: the Manifestors, Projectors, Reflectors, Generators, and Manifesting Generators.

These types are unique and different from each other.

The manifestors, projectors, and reflectors are considered non-energy types. They shouldn’t work for more than two to four hours a day in their businesses or otherwise they are at risk for burnout. They don’t have as much energy that the generator types have!

If they overworked themselves, it’s LITERALLY going to harm their physical health.

I’m a projector, so I know how overworking in my business almost cost me my mental health!

There were so many nights I couldn’t sleep.

So many mornings I would wake up with anxiety.

So many longs hours and neglecting my personal needs and the people who mattered the fucking most…MY CHILDREN!

Then we have the energy types: the generators and the manifesting generators. They should not work for more than four to six hours a day in their businesses. Though these are energy types, working beyond the ideal hours can be literally DANGEROUS to them as well.

So, let’s talk about how each human design fits into life…

I want you to think about a play… A play has a creator, director, actors, audiences, and crew people.

In a play, the creators who probably had the brilliant idea for that play and just brought it to life – are the manifestors.  The manifestors make up about 8-10% of the population.  The manifestors have the ability to bring their thoughts to life or create it. They only need to inform the right people who can support them. BUT, they often have a hard time asking for help but remember they are non-energy types. They do not have the energy to do the work on their own…even if they think they do.

Second, the directors would be the projectors. They make up about 20% of the population. They have the ability to guide, direct, and teach you what  it is you’re here to do. BUT at times, they come out as pretty bossy. It’s very important for projectors to wait for the invitation, even in business-  – because nobody wants to be bossed around.

Then we have the generators – they are the crew people, the worker bees. They make up about 37% of the population. They are literally here to get shit done! BUT, they have to wait to respond in business and in their personal lives, for that matter.. Otherwise, they risk doing all of the work entrepreneurship requires without seeing the rewards they hope for–no matter how hard they work.

And last but not the least, are the reflectors. So the show opens – and the reflectors are the audience. They make up about 1% of the population. The role of the reflector is literally to give the most useful and helpful feedback than any other type. They give more detailed and accurate information. BUT they have to be patient, even in business AND use their strategy and wait a lunar cycle or 28 days before they make major business decisions.

Now can you tell, what type are you? I’d love for you to send me a DM on IG @drnaieema and let me know!

Do you want to learn more about how you can use your human design and astrology to scale a freedom-based business, where you call in new leads and sales weekly WITHOUT the hustle?

I WANT TO LEARN MORE!

Now that you understand the different types and how they kind of work together – it’s important for you to know if you're in alignment based on your human design and what you can do going forward.

In my Freedom by Design Program, you will discover how to be profitable according to your human design type.

Let me be real clear about what you will NOT find in this program:

In Freedom By Design program, we acknowledge that EACH of us are built differently so, there is no way you’re meant to show up a particular way in business because some guru told you to!

As CEOs and business-owners, you need to understand human design, not just for yourself but for your clients too. It will help you learn effective ways to communicate with people or your ideal clients. So knowing at least your human design alignment is REALLY important.

I'm a 5/2 splenic projector, a mom, a speaker and an Intuitive Business Strategist and Human Design Expert for women online service providers!

After climbing the corporate ladder, I realized that I was not willing to work 40+ hours a week for the rest of my life to prove myself to other unhappy people. Oh and while earning less as a woman of color. So, in December of 2019, I started my coaching business and took in to six figures in one year!

But I was doing the copy and past strategies and treating myself as an employee working 50+ hours a week. I was quickly approaching burnout. So, I learned human design, learned I am a projector and created a six figure business working 12 hours a week!

As a certified human design reader AND intuitive business strategist, I help women service providers, who’ve created jobs for themselves and who are experiencing burnout, use their human design and basic astrology to build wildly profitable businesses.